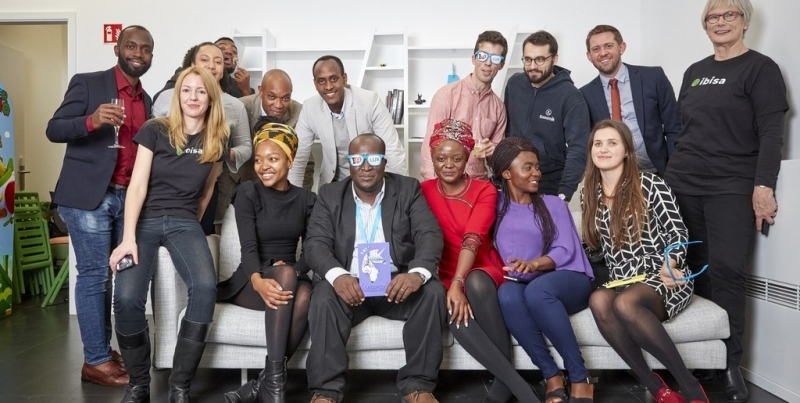 In some geographies the local economy molds the financial markets, and in some it’s the other way around. Financial services such as bank accounts or microcredit might serve as a tool or as a beacon. In developing markets, it is frequently the latter.

The hotbed of the Fintech innovation is not where companies scale most quickly, where ‘cashless society’ goals are reached, or where the regulations are the most mature. The real hotbed is where innovation permeates all levels of society, giving regular citizens access to basic financial services, and technology-enabled advancement. Although the West has benefited from slick payment and banking tools provided by Fintech startups; making day-to-day business easier, cheaper, and more secure; it might not be an overstatement to say that Fintech’s biggest service might have been providing basic services to financially vulnerable individuals in developing markets. 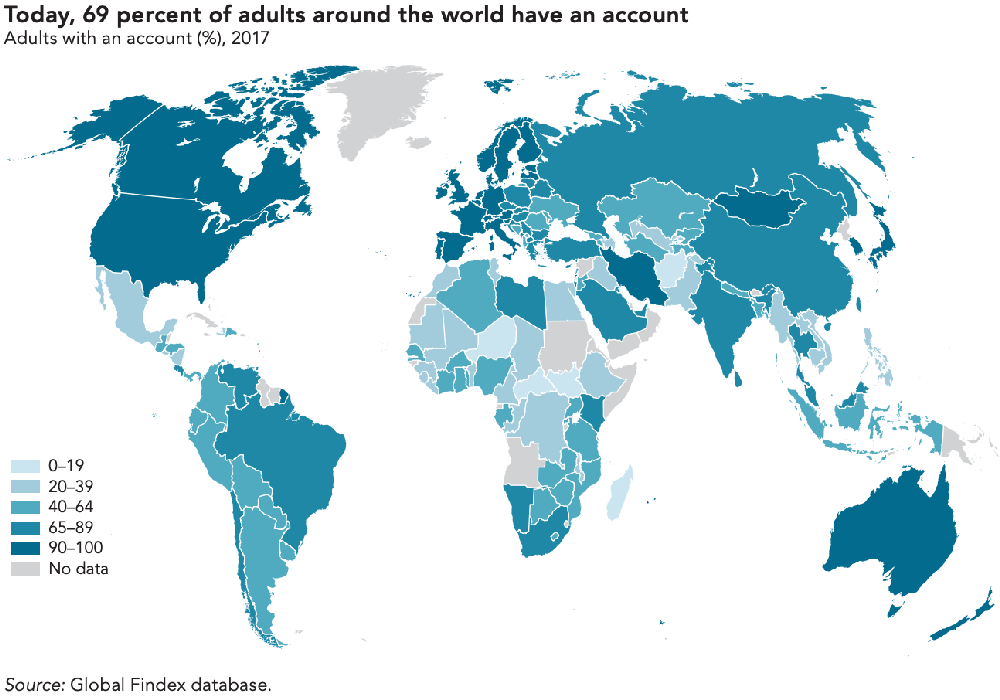 The last decade has brought individualized financial services to the forefront; nevertheless, many individuals around the world still lack (complete or partial) access to financial services. Some lack access to basic banking products (known as the “unbanked”) such as primary accounts or capital, while others are only able to make use of undiversified services (known as the “underbanked”). Historically, such service barriers are a consequence of economic, legal, infrastructural, or social factors. The lack of access to finance might depend on the lack of economic or technological resources, operational limitations, or the physical distance of the service providers. The individuals might be discriminated against due to their religion, race, ethnicity, culture, or gender. Sometimes the status of the individual, such as their lack of trust in banks, or poor financial literacy, can prohibit the individuals’ access to services.

According to G20 research dated 2017, more than 2 billion adults are excluded from the financial markets, whereas an EY report from November 2016 points out that each one in five Chinese individuals remain unbanked. The percentage of unbanked individuals in Africa can reach up to an even more dramatic regional percentage of 66%. Kenyan Central Bank’s recent report reveals that despite the progress made so far, affordability and consumer protection issues such as unexpected charges still remain as barriers to formal service access.

When thinking about the underbanked and unbanked segments, the phrase ‘financial inclusion’ echoes far and wide. In addition to overcoming the barriers for basic account services and serving the underserved, financial inclusion has the potential to support sustainable growth goals, balance wealth distribution inequality, and encourage individuals to participate in the economy in their full capacity, using inclusive growth tools such as microfinance, alternative credit scoring methods or insurances.

Even in the 21st century, neither wealth nor the chance to obtain wealth are distributed equally. All individuals are expected to pay taxes and to contribute to paying the government debt. Still, not all are permitted to formally take part in the wealth, because their participation in the economy (economically or legally) is considered too risky or unprofitable. In an era where philanthropic effort is not able to reach out to the masses, digital services can be regarded as the only available tool to overcome the challenges of being counted in the system but not actually participating in it.

As the former World Bank Group President Jim Yong Kim has put it, “In the past few years, we have seen great strides around the world in connecting people to formal financial services. Financial inclusion allows people to save for family needs, borrow to support a business, or build a cushion against an emergency. Having access to financial services is a critical step towards reducing both poverty and inequality, and new data on mobile phone ownership and internet access show unprecedented opportunities to use technology to achieve universal financial inclusion.”

Rebecca Enonchong, one of the 100 Most Influential Africans in Science, Technology & Innovation, also believes that the technology is one of the most obvious ways to grow African economies. “It’s one of the areas that can have the most impact that requires the least investment,” she expresses in her recent interview, pointing out the World Bank’s role in encouraging countries to do better. “Otherwise, it’s a missed opportunity. If they don’t act quickly to create a more enabling environment, they’ll have missed another revolution,” she adds, highlighting the urgency.

As proven by the Kenyan mobile phone-based money transfer service M-Pesa, financial inclusion is a commercial opportunity, as much as an anti-poverty initiative. Already globally known as Africa’s most successful Fintech, M-Pesa has initiated 11 billion TRX in 2018, while at the same time leading the way for the narrowing of the populations’ financial exclusion from 41.3% (2019) to 11% (2006). As Bill Gates rightfully pointed out, Kenya’s M-Pesa proves that when people are empowered, they will use digital tech to innovate on their own behalf, building solutions that the established software-development community never considered.

Still, achieving such significant results is no piece of cake, and looking at the bigger picture, financial inclusion should be seen as a business opportunity that can be as challenging as it is satisfying. In addition to the typical regulatory, economic, and operational startup challenges, financial inclusion ventures also have to deal with educating their customers, which can be demanding on startup resources. Luckily financial inclusion startups have access to financial inclusion focused VC funds as well as institutional support mechanisms.

The CATAPULT: Inclusion Africa initiative organized by the LHoFT is one of these support mechanisms, aiming to highlight day-to-day financial struggles, and closing the financial service gap by supporting African Fintech companies which share that goal, as well as creating valuable business connections between Africa and Europe.

CATAPULT: Inclusion Africa offers financial inclusion startups a seven-day bootcamp in Luxembourg, covering a range of broad topics that will include business model mapping, scaling strategies, peer due diligence processes, inevitability assessments, business plan presentation, legal strategy, pricing, HR policy, and marketing strategy. Being introduced to a broad financial network and benefiting from PR initiatives, participating Fintechs get a head start in the market and join a strong, collaborative ecosystem. Having hosted12 outstanding companies in 2018, CATAPULT: Inclusion Africa is ready to welcome the next cohort of Fintechs that are motivated to drive innovation through inclusion.

The ‘fourth industrial revolution’ is about improving the lives of people across Africa and, “We need to make sure this digital revolution leaves no one behind,” as pointed by mobile finance leader, Mohamed Dabbour. Financial inclusion has the potential to create new businesses that might reshape regional economies by assisting the individuals who are held back from participating in the system, and by assisting local entrepreneurs to scale, which eventually minimizes financial exclusion by uplifting the system and the partaking individuals at the same time. Financial inclusion has the power to bring social classes closer to each other. Whether it’s financing for rural farmers, point of sale technology for underbanked merchants, or specialised insurance products, the positive impact being driven by entrepreneurship is improving lives around the world. So why not use the technology for good impact and lead by example?

All the existing data shows that financial inclusion is a marathon, not a sprint. Quoting Livingstone Mukasa, the 2018 CATAPULT: Inclusion Africa winner, “When you realize that your failure might mean someone living in poverty, perhaps for the rest of their lives, you have no choice but to succeed.” All entrepreneurs that aim to improving the status-quo are encouraged to submit an application for CATAPULT: Inclusion Africa before January 15th, and join a community of like-minded entrepreneurs and financial services professionals, so that they can inspire and get inspired, teach and learn, and accelerate progress towards their goal.

More information about CATAPULT: Inclusion Africa can be found here. 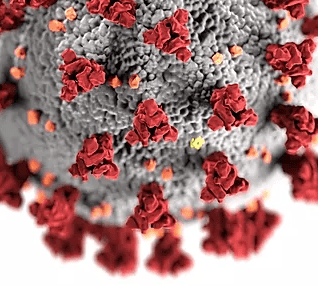 The Fintech answer to COVID-19 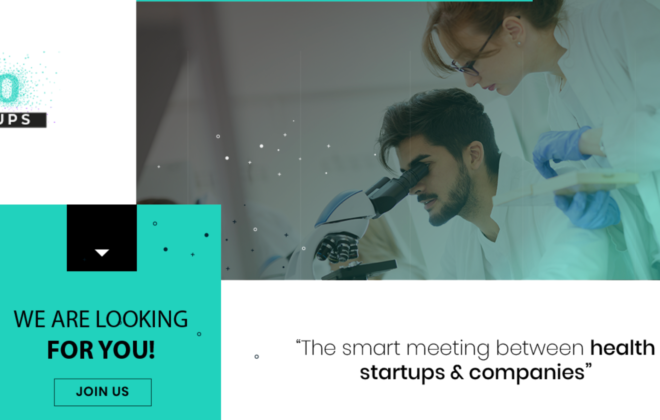